The Emergency Bail Schedule is Set to End June 20

In an effort to reduce the spread of coronavirus in jails and the surrounding community, the California Judicial Council and Chief Justice put into place a number of emergency measures. One of the most controversial measures included the implementation of an emergency statewide bail schedule which reduced bail to $0 for a number of offenses. Nearly all misdemeanors and some low-level felonies had bail reduced to $0 resulting in the pre-trial release of numerous offenders.

As California begins to open up, courts throughout the state are beginning to resume normal appearances. The reopening of the courts and end of the temporary emergency measures helps to keep Californians safe and restore justice for all. Emergency measures which extended arraignment hearings to up to seven (7) days from the mandated 48 hours are being lifted as well.

Read all of the Judicial Branch Emergency Actions taken here on June 11, 2020. The Council and Chief Justice made further recommendations on June 19, 2020 regarding the pandemic including emergency orders, measures that have been rescinded and ongoing time extensions.

If you have a pending case or are waiting to be arraigned in a criminal matter it is vital to consult your attorney. While courts are beginning to reopen to the public, there are still a number of temporary measures in place that may affect your case. 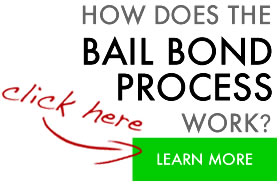