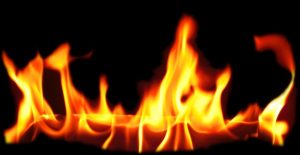 The 2018 Holy Fire burned 23,000 acres according to The Mercury News. It quickly spread across Orange County and Riverside County eventually “destroying 18 structures including a dozen cabins.” Prosecutors believe that the devastating fire was started by Forrest Clark. If convicted Clark would face a life sentence.

As reported by The Mercury News, Clark has entered a plea of not guilty to multiple felony charges including arson and making criminal threats. An Orange County Judge denied a bail reduction noting public safety concerns. The news source indicates that he has a troubled history with neighbors. His bail is currently set at $1 million. The judge also declined to release him on his own recognizance, given the charges.

Clark is set to stand trial on the criminal charges related to the massive fire that began in Holy Jim Canyon, eventually moving through part of the Cleveland National Forest. Read the entire Mercury News article “Judge declines to reduce bail for man accused of igniting massive California wildfire.”

In the current case against Clark, if the allegations are proven true it would indicate that he started the fire intentionally.

California wildfires have grown worse over the last several years. In 2018 CBS News reported that the Holy Fire was one of almost 20 that were simultaneously burning. Every year wildfires result in thousands of people having to be evacuated. In many cases, the fires cause significant loss of property and in some cases, they result in loss of life.